Different demographics take different marketing approaches. So naturally, when marketing to a specific generation, you need to cater to its characteristics.

While generations are usually categorized by people’s belief systems, which influence the way they act and speak, there are four popular age-based generational categories considered by marketers. And while specific age brackets may differ slightly, they are usually classified as:

When it comes to marketing to different generations, almost more important than the language used to communicate a specific message is understanding how to grab their attention. It is also important to note that generational lifestyles and social values often carry more influence on buying decisions than more traditional demographic factors like income, education, and gender.

As pointed out by The Balance, success in generational marketing lies greatly in understanding what motivates each generation—which is drawn from their respective values.

But while generational marketing requires understanding different motivations, values and desires, ultimately, each generation will go through the same life stages. Younger generations will eventually take their place as consumers, employees and parents. As such, marketing to them should be seen as more of an investment—one that should bear fruit when they eventually become the decision-makers.

Yes, there are different ways to approach marketing to different generations, but for the most part, they all have one thing in common—most of them use social media. As such, it is important to understand the varying ways to market to them on this omnipresent medium.

Here are some tips on how to market to different generations on social media:

As noted by The Houston Chronicle, Baby Boomers tend to separate into the hippies of the 60s and the yuppies of the 70s. Members of this generation often have a strong sense of individuality—an independent attitude that birthed a DIY marketplace. As such, it is advised to provide them with options and ways to customize when marketing to them.

Emotional appeals and hints of nostalgia likewise tend to resonate with Baby Boomers. As pointed out by The Houston Chronicle, there are natural inclinations towards wellness and beauty (vitamin supplements, hair coloring products etc.) that coexist with aversion to idle retirement and being considered old.

While the natural tendency may be to avoid this generation when it comes to digital marketing, a study by Citipost Mail found that 91% of Baby Boomers say they have at least one social media account.

Of those on social media, 84% are on Facebook, with 16% spending 11 hours or more on the social network each week.

Also important to note is that 58% of Baby Boomers are more likely to visit a company’s website after encountering them on social media, while 95% will always choose communicating via email over live chat.

As noted by the study, because Baby Boomers favor the content-based platform that is Facebook, they respond well when asked to share their views and opinions. This explains why they are 38% more likely to interact with content like questionnaires and polls—which they see as an affirmation that their voice matters.

Because they also tend to want to be fully informed about a subject, when it comes to video content, thoughtful execution, slower pace, and info-heavy content increases the chances of interaction.

This generation also expects top-notch customer service, so responding to their comments and messages promptly or investing in messenger bots or conversational commerce will be especially helpful when marketing to this generation, as immediate responses will go a long way towards building customer trust.

Because it was how they grew up, this generation spends a lot more time watching TV and listening to radio than younger generations. This means that they are used to being exposed to more traditional advertising, and as such, would likely respond better if that same feel and look were reflected on social media. As noted by digital agency Beeby Clark+Meyler, if you want to sell them a chicken sandwich, show them a chicken sandwich. They lean more towards facts, so truthful, direct copy is advised.

Because of their age, Gen Xers have also displayed a renewed sense of mortality, which explains their inclination towards health and wellness. This means that highlighting a product’s healthy ingredients will resonate well with them.

It’s counterintuitive, but Gen Xers spend more time on social media than Millennials, averaging 6 hours and 58 minutes a week on Facebook, while also accounting for 36% of pinners on Pinterest—although strangely enough, only 8% actively use Instagram.

According to Citipost Mail, Gen Xers have the highest rate of brand loyalty among all the generations, at 84%.

Because Gen Xers are generally active information seekers that like everything to be on demand, posting content often and consistently is advised, particularly when it includes information and resources that they can incorporate into their busy lives.

This is one of the reasons why Pinterest pins with fun life hacks are popular with Gen X, as not only do they find entertainment value in them, they also help them cross out stuff on their to-do lists.

Posts with comprehensive product benefits and features also resonate with this generation. Make sure your messaging is concise and direct.

Millennials are characterized by their idealism and their being vocal about issues and subjects that matter to them. This is why, as noted by smart mail management company Citipost Mail, connecting with influencers in real time about the subjects they care about works well towards building trust and loyalty.

And this is a key marketing concept with this generation: influencers. Influencers have the ability to touch on the basic marketing points: creating awareness, rousing interest, and developing relationships with this massive market segment.

According to the Harvard Business Review, Millennials comprise about a quarter of the total US population, spending approximately $600 billion every year.

Millennials spend more than two hours on social media platforms daily (according to a study by TNS).

Interestingly, a 2016 study by Think with Google suggested that 4 out of 10 Millennials connect with YouTubers more than they do with friends—again proving the value the generation places on social media influencers.

34% of Millennials turn to social media when making purchasing decisions, relying heavily on ratings and reviews to craft their impressions about a brand or company.

MediaKix, an influencer marketing agency, notes Millennial engagement is increased by content or contests that offer real value, such as entertainment, info, discounts or prizes.

This cannot be overstated with this segment: building on influencers’ networks is key for social media marketing success. Identifying who your Millennial market looks up to is almost more important than any campaign you can concoct.

Most members of this generation grew up with screens in front of their faces, and as such are the most tech and social media savvy of the bunch.

As noted by Business.com, they have a strong inclination towards content and media served in bite-sized chunks, and have taken the reigns of the selfie from the Millennials with ease.

Before its demise, 54% of Gen Z members recommended Vine as their preferred social media platform. They have since then moved to Snapchat.

There are 50 million active users of Musical.ly.

79% say they would be interested in using VR as part of social media.

Very much in tune with global issues; 80% will likely purchase a product/service if it positions itself as having a social or environmental impact, according to Citipost Mail.

To connect with Gen Z, post behind-the-scenes photos and other candid images from your company. As pointed out by Business.com, real pictures of real people doing real work resonate with this bunch. They greatly value authenticity.

With the collective average attention span plummeting to just eight seconds, it is imperative that you get your message across in as little time as possible (pro tip: use marketing tools to make your campaign more efficient).

This means that to Gen Z, a meme, or at times even an emoji, makes much more sense than a thoughtfully crafted article.

In contrast with Millennials, big-name influencers aren’t as effective with Gen Z, with the demographic preferring promotions that involve real people.

It is also important to note that Gen Z are most likely to be on social media when they wake up and when they’re done with school—so make sure that social media marketing activities are aligned with their schedule.

In ancient times, it was almost enough to know who your target was. In this day and age, you need to know who they are, which social media platforms they’re on, and what type of content they’re most likely to interact with. Times are changing—and so should your marketing perspective. Jolina Landicho is a freelance writer and marketing specialist working with various brands online, like Avenew Media. She is devoted to helping businesses bridge relationship gaps by providing in-depth, actionable advice on online marketing, business development, and growth hacking.
Follow her on Twitter or connect on LinkedIn! 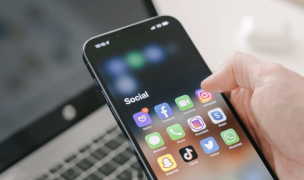 How to Effectively Integrate Social Media on Your Ecommerce Sites