Shopify VS WooCommerce: Which is Better?

What makes them popular and how do they stack up against each other? If I’m a new dropshipper, for example, which platform will be the best for me?

Main Difference Between Shopify and WooCommerce

Here’s the thing, these two are completely different beasts in terms of execution. From how each one integrates into your business as a platform to how each product is priced, both have their own ways of doing their thing. Let’s take a closer look, shall we?

Shopify is a complete ecommerce solution that allows you to set-up your online store with all the features you need to get you up and running in no time. All processes are placed and managed within the service, which includes web hosting, caching, security, and others.

WooCommerce is essentially a Wordpress plugin that was built for ecommerce purposes. It’s an open source Content Management System (CMS), which means you can simply install it and add ecommerce functions and features to your site. You can even build your own custom extensions if you like. Your store’s content is hosted on your own server.

How does WooCommerce work?

There are 4 steps for setting up your WooCommerce store. This is assuming you don’t have an existing website yet and you’re starting from scratch.

There are plenty of guides out there that show you how to build your WooCommerce store step-by-step. Here’s one that you should check out.

How does Shopify work?

As an all-in-one ecommerce solution, Shopify is easier to set up since you can build your store from the ground up within the platform itself. Here are the steps to create your first Shopify store.

Does SaleHoo offer the same services?

In case you’re wondering, SaleHoo is not an ecommerce platform for selling stuff. It’s actually a directory that can help you find wholesalers and suppliers easily, including tools for helping you zero-in on a product you want to sell. Used in conjunction with Shopify or WooCommerce, you have a powerful 1-2 punch combo for starting and running a highly profitable online business.

3 things to keep in mind when choosing an Ecommerce platform

The initial costs required to set-up each platform are crucial, especially if you’re new and don’t have a big budget to begin with. Let’s breakdown Shopify and WooCommerce’s price structure so we can gauge which one will fit your budget and needs.

You can choose from Shopify’s 3 plans depending on your budget. The basic plan starts at $29 per month and goes up to $299/mo for large-scale businesses. You’ll still need to purchase a domain for your site, and can conveniently purchase one within Shopify starting at $14 per year.

In total, you’ll need to spend $43 to get your online store up and running using the Basic Shopify plan.

The main draw that attracts users to WooCommerce is its price - it’s free! Since it’s essentially a Wordpress plugin, you don’t have to pay for it. However, if you factor in domain name and hosting for your website, you’ll realize that it will cost you more to get started with WooCommerce.

Using SiteGround (web host provider) as an example, a 1-yr subscription will cost you $47.40. Adding in the price of the domain name (also from SiteGround) is gonna cost $15.95. In total, you’ll rack up a total bill of $64 to get your store up and running using WooCommerce.

Since WooCommerce is free, once installed you no longer need to pay for anything else. You only need to pay for hosting, which will be $47.40 a year if you use SiteGround’s basic plan as an example.

Which is Cheaper for Running Multiple Stores?

If you want to run multiple stores, you should strongly consider WooCommerce if you’re concerned about monthly expenses.

Shopify bills you a monthly fee on a per-store basis. This means that if you have more than one store running, you have to pay a separate monthly fee for each. Using our figures earlier as an example, it costs $313.20 annually to run a single Shopify store. If you have 3 stores, you’ll have to shell out $939 for the service.

A “Grow Big” plan from SiteGround is just $71.40 annually, allowing you to run multiple websites and stores without incurring additional subscription fees. Compared to Shopify, you definitely save more with WooCommerce.

Which is Best for Beginners?

If you’re a complete newbie in the world of online businesses and dropshipping, ease-of-use of the platform can make or break the experience for you. Which one is more beginner-friendly? Let’s take a closer look.

Shopify was a huge hit because it provided a very easy-to-use platform for setting up an ecommerce store. Even without the technical background, you can make your own store and start selling products in less than a day. Its drag-and-drop UI is intuitive, allowing you to customize the look and feel of your store as if you’re making a Powerpoint presentation. But aside from the design options, the built-in functionality for each element removes the guesswork of trying to figure out how to make a specific button on your store work, for example.

Being a Wordpress plug-in means you’re merely adding ecommerce functionality to your website. It was not built from the ground up with the sole purpose of creating fully-functional ecommerce websites. In this regard, Shopify beats WooCommerce. For beginners who don’t have their own websites, this could prove troublesome and frustrating since they will first have to learn the ropes of making and running a website. If you’re only intent is to build an ecommerce site the fastest and easiest way possible, Shopify is your best bet.

Verdict: Which is better, Shopify or WooCommerce?

Each business owner will have different needs and skill sets. While our comparative price analysis favors WooCommerce in terms of long term value, the continuous increase in Shopify’s number of merchants and overall revenue is proof that hundreds of thousands of people find the service a perfect fit for their business. The promise of setting up and running your own ecommerce store without the need to be technically-savvy is perhaps what drives most of Shopify’s users to its platform.

WooCommerce’s strength lies in its flexibility and affordability especially when you start building multiple stores. And with Wordpress powering 31 percent of all the websites in the internet, expect a steady rise in the number of websites installing WooCommerce thanks to its plethora of functionalities and bang for buck price.

In the end, it all boils down to each user’s preference as both WooCommerce and Shopify serve as superb ecommerce platforms for launching your online business.

The Ultimate Guide To WooCommerce Dropshipping!

Shopify Markets Review: Pros and Cons You Need to Know! 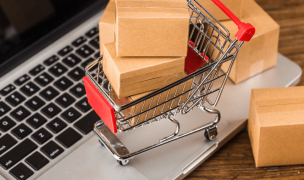 Both have pros and cons.. I have an eCommere store on Shopify as well as custom web using WordPress/WooCommerce. Both are flexible. I guess, shopify might be coming out cheaper for getting into business (lots of readymade tools) but their monthly rent is a bit higher. WooCommerce may need some development help but you can host it cheaper. I am launching RoboNegotiator service for eCommerce owners and others which allow your website traffic to provide you feedback and also offer their committed price. We enable more conversion rate and increased customer satisfaction in process.
Reply

Hi Dave! Thanks for your feedback. I'm sure this is very helpful for members deciding to join Shopify or WooCommerce soon.
Reply

Is there an automated process to import the product from SaleHoo to WordPress?
Reply

Sorry, we don't have that just yet but some of our suppliers do which you'll find out by discussing this feature directly with them.
Reply