It's common knowledge that social networking is an excellent way to promote e-commerce. Knowing why it works so well, however, is not so common. Most people would presume it's because there are so many users on these sites that it's inevitably going to improve exposure. The truth is seldom so forthright.

We don't really know why one social networking site outperforms other networks in certain respects but falls short in other areas. For example, there is a growing conviction that Pinterest has outstripped both Facebook and Twitter in terms of influencing online purchasing behavior. There's some convincing evidence in this regard as well.

Before we dig into that, however, we'll consider some numbers on using social networking in general as part of your e-commerce marketing plan. Then we'll move on to examine why using Pinterest may be the best of the bunch. When we've done that, you may just be wondering why it wasn't so obvious before.

The Rise of Social Networking in E-Commerce

This infographic illustrates what the studies done by major market research companies such as Forrest Research and Business Insider are saying. In 2013, 75 percent of all online purchases generated through social media came from the big three: Facebook, Twitter and Pinterest. This market segment is projected to generate USD $327 billion in sales by 2016. In the first half of 2013, e-commerce sites enjoyed an average increase of 17.8 percent in sales due to exposure through social media.

This is confirmed by a report from financial services research firm Javelin Strategy and Research, which claims that about 25 percent of social network users in the US bought something online after seeing the product on a social networking site. The report further suggests that this trend is why large retailers are launching social media campaigns, such as gift-giving programs.

Next, let's look at why social media is such a significant e-commerce driving force, with particular focus on Pinterest.

This next infographic is a bit too long for comfort so we'll cut it up a bit to show just the relevant stuff.

As you can see, many consumers depend on what they see in their favorite social media platform to make buying decisions. Note that according to this section, Pinterest only has influence over 12 percent of the population. Check out the next portion of the same infographic to see why it's considered the best venue for e-commerce marketing.

Here you see that Pinterest has moved significantly up the social media ladder, second only to Facebook in terms of the number of users who made a purchase after the product was shared or favorited. What's really of interest about the Pinterest phenomenon is illustrated in the following section.

Here Pinterest led the pack as the source of choice for additional product information. It also tied with Facebook for product discovery, which indicates the level of trust that's placed on the average product posted on Pinterest.

According to Shopify, despite Pinterest being the relative newcomer to the social media scene, the site and Twitter tie in the number of referral traffic to 25,000 of its stores, and shoppers coming from Pinterest are more likely (10 percent) to buy something than shoppers who were directed to an online store from other social networking sites. On average, Pinterest shoppers spend $80, which is double that of shoppers that originate from Facebook. Check the full infographic here.

The above statistics are based on 2011 sales, but the trend has proven to be accurate. According to this InternetRetailer.com article, Pinterest continues to outperform social media leader Facebook in average order value based on a survey of 2,985 consumers.

In 2014, a survey of Piqora (a social marketing and analytics platform) customers revealed that the growth of Pinterest as an e-commerce marketing strategy continues to surge. The first half of the year yielded a 67 percent increase in referral traffic, 4 percent in conversion rates, and 8.3 percent in average order value.

The Point of the Pin

The Piqora report further revealed that visits-per-pin in the first half of 2014 increased 172 percent from the same period in 2013, ad page views-per-pin increased a whopping 300 percent. Researchers conclude that the trend is for an increased dependence on Pinterest as a source of information on new brands and products.

There are speculations that the reason consumers prefer to check Pinterest when doing their online shopping is that the highly visual site emphasizes lifestyle and inspiration rather than social relationships; there is more focus on shared interests and common ground than on people. This makes it easier to persuade people to buy a product because it emphasizes merits rather than its social value.

Pins that attract more views tend to be a self-fulfilling prophecy; because more people are viewing the product, it becomes more attractive. And with more than 70 million users, there is a lot of potential for positive exposure on the site for the savvy e-commerce marketer and retailer. Consider the case of an apple recipe page from the Whole Foods site pinned on Pinterest, which attracted 100,000 clicks to the site for the recipe and another 120,000 for other content on the website.

That is impressive for a social network with such a short history.

It is no wonder, then, that Pinterest would attempt to put its current position in the social media spectrum to good use. It teamed up with e-commerce platform Shopify to set up Promoted Pins and Rich Pins in July 2014. Businesses are given limited access to purchase these special Pins. This is designed to improve exposure of new products that may not work too well with more conventional advertising strategies.

Promoted Pins are similar to pay-per-click, except that they target consumers whose interest is already piqued. Rich Pins contain extra information such as prices and availability. Sellers of niche products will do well to get on board early in the game to maximize the income-generating potential of Pinterest.

Social media is a force to be reckoned with because it's powered by the people. Their loyalty is earned, and cannot be bought or coerced. Pinterest has succeeded in capturing the trust of its users by being supremely uninterested in manipulating them, but focusing instead on providing a platform where people with shared interests can come together.

Shrewd retailers have been quick to spot the potential and reap the benefits of being pinned. Whether this level of consumer trust will continue with the advent of income-generating schemes such as promotional pins will depend largely on how far Pinterest will go to increase the income stream.

Are you a Pinterest fan? Let us know your thoughts on the advent of promotional pins and how you think it will affect the social network in the long term.

Why You Really Need an E-Commerce Strategy 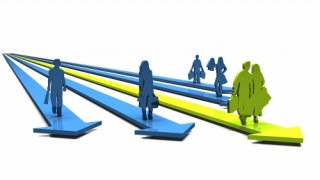 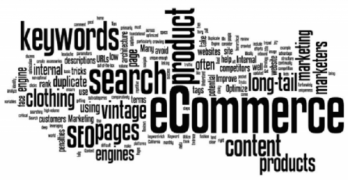