What is a MOQ?

MOQ is an acronym which stands for minimum order quantity, and refers to the minimum amount that can be ordered from a supplier. For example, if a supplier advertises a MOQ of 1,000 units, you must be able to purchase at least 1,000 units to be able to deal with that supplier. MOQ's will either be quoted in dollars or in units. Sometimes MOQ is also referred to as MQO, or minimum quantity order.

Why suppliers have MOQs

Wholesale suppliers usually operate on very low profit margins which means they rely heavily on bulk-buying customers to make a profit. Although new business owners can sometimes find the large investment necessary to meet the MOQ difficult, ultimately it's necessary to get the best wholesale prices available.

Some suppliers do not have a MOQ, which is very useful for new sellers who can only afford to buy say, 100 units; but often this means that you end up paying more per item than someone who buys 1,000 units, for example.

MOQ's can affect new online retailers by preventing them from being able to deal with certain suppliers and distributors that only deal with large companies with physical stores. This may mean they have to use smaller and sometimes less economical suppliers who do not set large MOQ's, but who have to charge a higher price per unit to make a profit themselves.

For this reason, new online retailers who are looking at using distributors with low to no MOQs should consider selling items with little to no competition. Retailers who want to sell competitive items, but can only afford to purchase small quantities at a time, will soon be drowned out by larger retailers who can afford to buy in bulk.

Annoying Buyers (That make you want to scream) 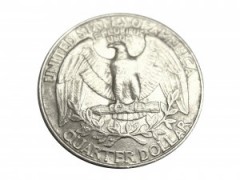 How to Pay Taxes for US Online Sellers

How to take fantastic photos for eBay

Why would a wholesale supplier have an MOQ of 1, or no MOQ at all? And their prices for the products are still incredibly low. Won't they just lose a tremendous amount of money that way by individual buyers shopping online?
Reply

@Gio: As mentioned, some suppliers may accept smaller orders for a higher price per unit. The pricing may seem incredibly low for you, but the suppliers have taken into account their profitability before offering this. Hope this helps. :)
Reply

Good morning, everyone! This message is to kindly ask you for an advice or referral. I will be launching a new herbal product - parasite cleanse that will contain black walnut, wormwood, cloves, marshmallow root and other herbal ingredients. Do you know of any company that does vegetarian capsule filling (bulk), including package design and shipping to desired location? Have done extensive research on companies who provide this service but most of MOQ they are willing to accept does not go below 100K capsules (our desired amount is @20-30K). Would highly appreciate your referrals. Thanks so much in advance and have a wonderful day! :) Eva

Hi Eva! This is something outside our normal area of expertise, but we may have a supplier or two who offer that service. I would contact our support team and ask if they can locate any: https://www.salehoo.com/support
Reply

It all depends on the supplier, Rhonda. Usually, it’s of one type/item or category that the MOQ is set for. Occasionally, though, some suppliers will allow you to operate with them if you meet a minimum purchase amount.

These requirements aren’t meant to make it difficult for small businesses, but like the article says, meant to make the wholesalers’ efforts profitable. The profit margins are typically pennies (it’s bulk or bust for wholesalers).
Reply

Our team can only provide support in English. All our content and videos are only available in English. However, if you can manage, you can use Google Translate for your translation needs.
Reply

Hey Joel! There's a lot more you can learn on the Training section here.
Reply

Hello. Would I be able to get a supplier with 5 or less than 5 MOQ from made in China?
Reply

Hi Ruth! You can get try negotiating your suppliers MOQ based on your need. Just take note that wholesale pricing works in volume buying so the higher units you purchase, the lower the cost.
Reply