What Lies Behind Low Amazon Prices

Are you aware that Amazon.com began as a dropshipping business back in 1994? Amazon founder Jeff Bezos began listing books he didn't actually have in stock. It's claim that it was the “the world's largest bookstore” was based on the stock that book publishers had in their warehouses of books listed on Amazon. Barnes & Noble actually sued Amazon in 1997 for misleading the public by its claim. The lawsuit was settled out of court and Amazon continues to make that claim.

Amazon's business wasn't completely dropshipping, because it did have in stock about one-third of the 1 million new and used books that it first offered for sale. That was more than any traditional bookstore would have ever had in stock (between 30,000 and 175,000), which is just one of the many reasons given for the bookseller's early success. Plus, Amazon was always open for business. That is typical of an online business today, but back then it was an attractive novelty — one that worked, clearly. 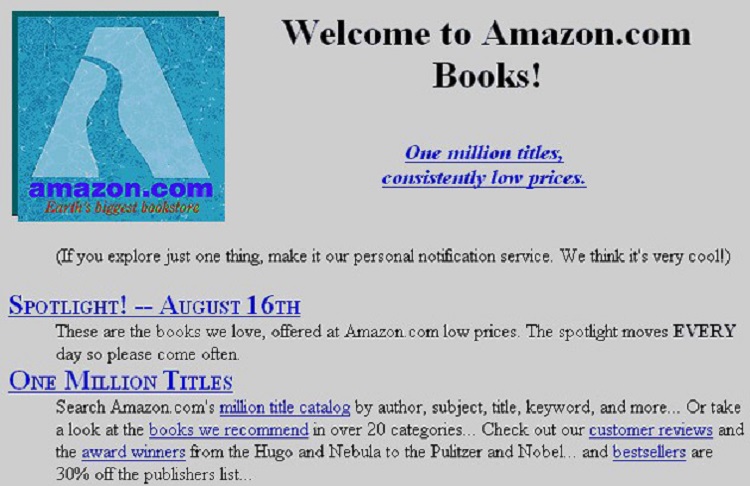 However, that alone does not explain the continuing and impressive success of Amazon today. As retailers, we are more interested in how Amazon is retaining its spot as the top online seller in the world, a feat it achieved back in the day when it was the only online retailer. This article will be looking at just how successful Amazon is today, as well as whether it's possible to duplicate its success — and whether you'd really want to.

The Enigma of Amazon

First of all, we should clarify what we mean by success.

Amazon is a force to be reckoned with, no doubt. It's a brand that is globally recognized, and posts revenues in excess of $65 billion every year. However, Amazon is a very strange company. For example, in 20 years of its existence, it has yet to actually make any money, much to the dismay of its investors.

Amazon posted a net loss of $303,000 in the first 6 months of its operations in 1995, but Bezos was unfazed. He had predicted that his business model would takes as many as 5 years before it would turn a profit. It didn't precisely happen that way, though.

Bezos relied on his suppliers to continue delivering orders while he kept costs down by keeping stock to a minimum, and by 1996 he was offering 2.5. million different book titles. In the meantime, he had to move to larger premises (he started Amazon out of his garage) to accommodate the 151 employees he had by then, and posted a net loss of $5.7 million. It seemed like it would be downhill from there, especially with competitors surfacing, but the company plowed on. It began offering shares to the public in 1997 at $18 a share to raise capital. It raked in $54 million before closing that first day, and share prices rose to $30 before finally leveling off at $23.25. There were clearly high expectations.

Amazon continued to expand in both offerings and reach, making billions in gross revenues but continuing to post net losses. In 2001, it laid off 1,300 employees on top of the 150 they had laid off the previous year and closed one of its 11 warehouses to cut costs. Amazon posted a net profit for the last quarter of 2001, but still declared an annual loss of $567 million. 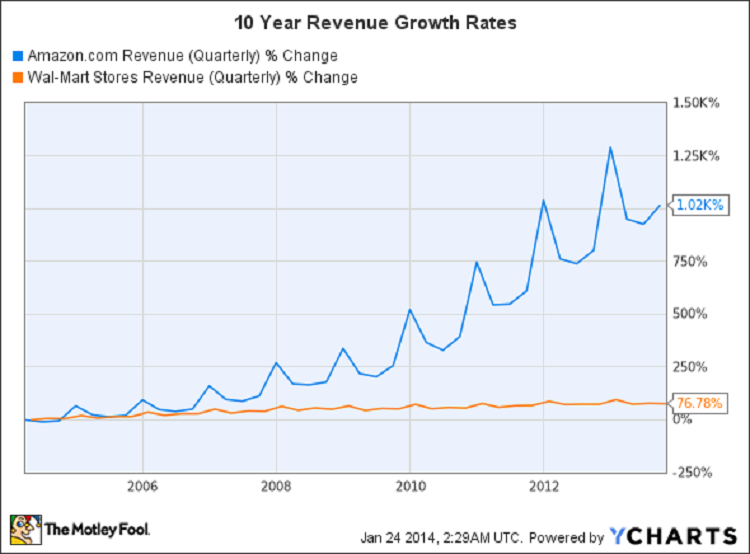 This is a pattern Amazon has continued pursue: Even as it grows bigger and better, offering more and more products, it fails to actually make any profits. This is highly unusual indeed, and there are no parallels in history to explain why it continues to flourish. It is currently in competition with Walmart as the world's largest retailer.

The question of whether Amazon will ever be profitable remains unanswered, at least for now. Despite this, or perhaps because of it, retailers continue to regard Amazon with respect and admiration as its hold on consumers continues to be firm.

The Reason for Amazon's Success

A case study by Smartinsights shows that Amazon's continuing success is driven by the company's “Customer Obsession.” From the very start, Bezos emphasized the need to focus on the customer to sustain success in retail. This is a facet of its business model that we've discussed before, and it continues to be a mainstay of Amazon's corporate policy.

This focus on customer service included not only offering positive user experiences, but providing the famous Amazon price guarantee. It provides its customers protection against price fluctuations on its own offerings, meaning that if the price of an item the consumer bought dropped within 7 days of delivery, the customer is entitled to a refund of the price difference. Note that this is limited to items fulfilled by Amazon. Amazon also offers price matching for select item categories and sellers to keep customers confident about getting the best prices for their purchases.

There have also been situations in which the estimated shipping costs are too low and Amazon shouldered the costs of shipment (which may be more than the cost of the item itself) to ensure that the customer gets the item within the time specified. Retailers who sell on Amazon have first-hand experience with how strictly Amazon monitors customer satisfaction, requiring them to satisfy established metrics (which in large part concerns timely delivery) in order to rank favorably on the site's search engine. This has been an Amazon policy from day one, when the only offerings of any note were books for sale, and it has since come to apply to all Amazon products and services. This is the main reason that it generates a lot of more revenue per user than other popular tech companies. 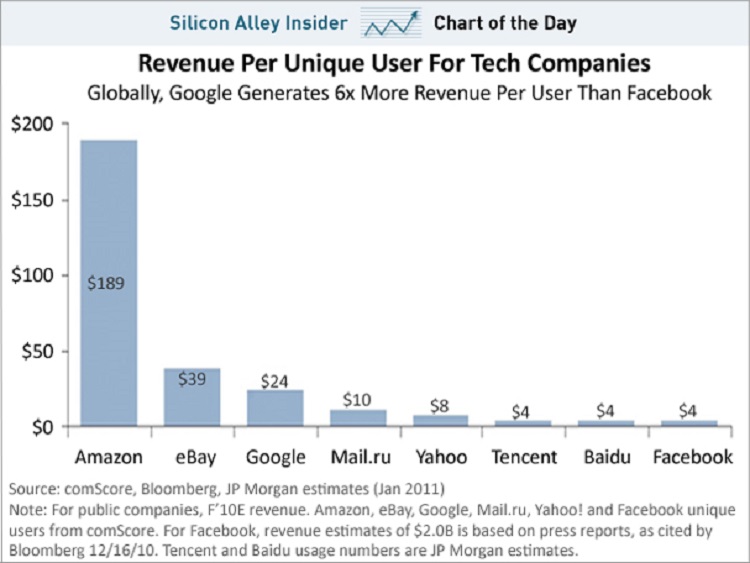 But that is still revenue, not profit. Lots of sales don't always translate to lots of profits because companies like Amazon have high operational and development costs that aren't attributable to other companies. Amazon is continually improving the technology it uses to make it easier for customers to find, choose, buy, use, and review what they've purchased, usually at a cost that surpasses the ability of the company to realize a profit. Bezos is quoted as saying “Technology infuses all of our teams, all of our processes, our decision-making, and our approach to innovation in each of our businesses.” This is still in line with the company's customer-centric approach.

Based on the numbers, Amazon itself is actually not a retail success as far as making money is concerned. (However, lots of retailers have found financial success in their association with the company.) But because making a quick buck is not the declared main goal of the company's founder, it's safe to declare Amazon a success in everything else based on sheer numbers.

What Bezos has done with this business model is essentially run his company like a government. Sure, Amazon operates at a deficit, borrowing money to improve services and keep its citizens (customers) happy, but the rate of growth and the infrastructure created have made it into a superpower. However one might feel about the infinite growth paradigm, you can't argue that Amazon isn't an innovative and interesting example of what's possible using today's technology and economic model.

So as a retailer and/or dropshipper, what is the lesson here? Perhaps the most important takeaway here is that the “customer is king.” Amazon has merely provided us with a concrete example of just how good it can get. However, not all retailers can afford to be as idealistic as Bezos apparently is, so it's crucial that you can distinguish between the ideal and the practical if you want to actually make money from your business. It is entirely possible to give your customers an excellent user experience without losing your shirt if you do your research and make the effort to communicate with your customers on a consistent and appropriate manner.

The thing to remember is it's very possible to grow initially without profits. You can go a long way on credit if you're making smart moves that center around customer loyalty. Ideally, you'll want to start making money before two decades go by, but isn't it nice to know that it isn't always strictly necessary? Amazon is a trailblazing company no matter how you look at it, and the question of duplicating its success is indeed a tricky one. First you need to know if you can duplicate it, then you need to know if it's worth all the red in your ledger.

Can you duplicate Amazon's success? Sure, but don't expect to take home a paycheck anytime soon. 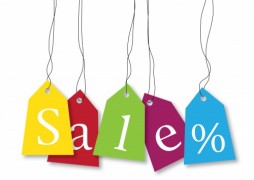 When Wholesale Prices are Too High

Amazon Dropshipping Guide: How to Dropship on Amazon [FBA]

Wow, who would have thought? A huge company that actually runs at a loss? Makes the mind boggle! Thank you for this insight into Amazon, I found the information invaluable :)
Reply