You Don’t Have to Feel Guilty: Economic Impact of Dropshipping Suppliers in China

If you're especially conscientious about your business practices, you may have searched your conscience about importing products from other countries. After all, when you encourage people to buy imports in your dropshipping business, it means fewer people will buy products made in the US. It seems logical to conclude that when enough drop shipping companies are successful, it will have a significant adverse effect on the economy.

But is that actually true? Let's find out.

Studies like this one from MIT state that as importing activities rise, so does unemployment. The end result is cheaper labor, i.e. fewer jobs and lower wages. This also means more people will claim unemployment, disability, and healthcare benefits as jobs become scarcer. The government will have to foot the bill for this increased demand for benefit claims, which has a significant effect on the economy in general. 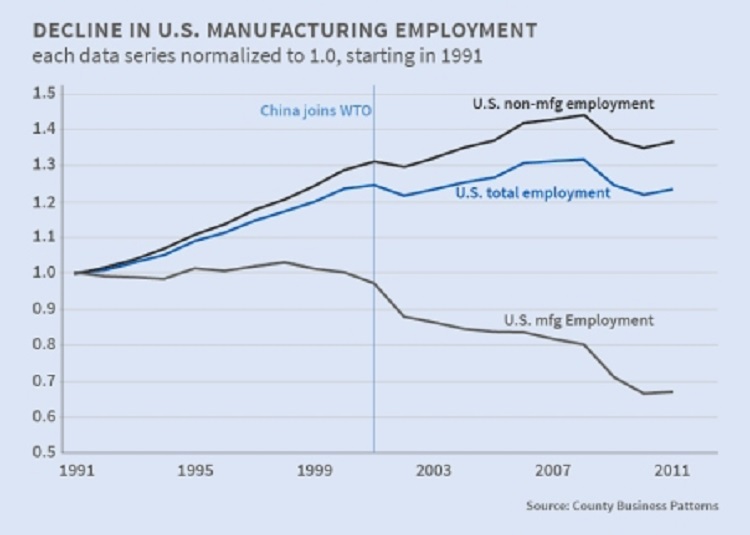 China, in particular, is being targeted for these job losses. According to the Economic Policy Institute, which analyzes aggregated economic studies, trade between the U.S. and China from 2001 to 2012 has resulted in a trade deficit for the U.S., and a total loss of 2.9 million jobs — 75 percent of which are in manufacturing. The report also states that many of those who lost well-paid manufacturing jobs were forced into lower-paying jobs or unemployment. It's estimated that the net loss to the government is $13.50 per worker every year.

The hardest-hit American workers are those without a college degree, who number about 100 million. Imports for manufactured goods from countries with lower labor reduced the wages for the labor force in the manufacturing sector by about 5.5 percent. China was pinpointed as the driving force behind the wage gap between the college and non-college labor force.

First of all, the path of China today is not much different from the path of the U.S. less than a century ago. As pointed out in this report from the University of Western Australia, the integration of the formerly closed economy of China into the global market is similar to conditions which led to the U.S. becoming the world's most powerful industrial nation. China is gaining ground, but its influence is mostly confined to Asia — at least so far. If anyone should be complaining about China, it should be the neighboring nations. 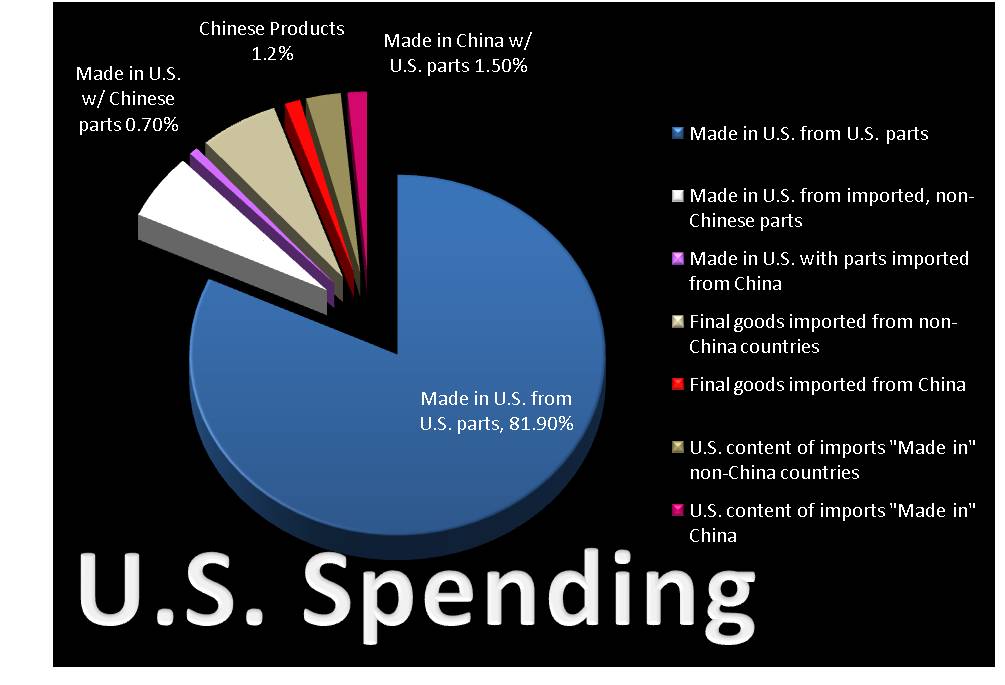 According to this analysis, provided by the US-China Business Council, China just happens to be the largest mainland Asian country from which the U.S. imports, so it makes an easy target for academic conjecture. In reality, however, the U.S. imports more from other countries in East Asia, and those combined imports outstrip what the U.S. actually imports from China.

It is true, though, that China's share of the import pie has increased significantly of late, in part due to drop ship suppliers. But they are not the big problem. There may not really even be a problem, as we shall discuss later on.

It bears mentioning that U.S. exports to China have risen dramatically in the last decade and a half. The focus has been so much on what's coming in, that what's going out has largely been ignored. This increase in U.S. exports is more than 300 percent. 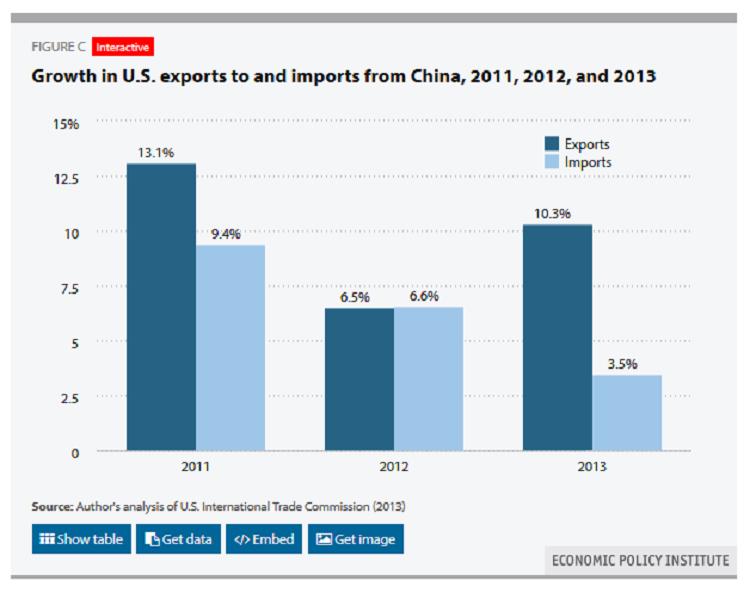 The analysis also says that U.S. manufacturing is having a hard time coping with global challenges, but China is not the main threat to its global position as a manufacturing country. China has hogged market share, yes, but only from East Asian countries and Japan. Besides, the market share of the U.S. is still about 20 percent, which China has held consistently since 1982, way before the Internet and globalization were a factor.

However, the most interesting observation is that there is no correlation between rising unemployment and rising import rates.

In fact, while it's true the rise of China is giving U.S. manufacturers heartburn, the impact on the labor force is positive. Increased economic trade between the U.S. and China is creating millions of new jobs in the U.S., just not in manufacturing. Its positive impact lies in transportation, wholesale, retail (especially the drop shipping business), finance, and construction.

It's an age-old economic principle: Creative Destruction. Historically speaking, a market will glut, decline and essentially be taken apart. Then, from its ashes, new vibrant markets arise. This crucial point is a key factor in understanding why the U.S. encourages trade with China on such high levels, going so far as to reward Chinese companies by making it easier for them to do business in the U.S.

Many politicians seek the popular vote by appealing to the abundant patriotism of Americans and denounce importing, especially from China. However, this is counterproductive. People have to understand that international trade is much more complicated than Yu selling to Tom, cutting out Joe. At the micro level, it does result in Joe losing business to Yu, so Joe is understandably angry with Yu, and maybe a little reproachful of Tom. But it doesn't work that way if you're talking about the big picture.

There are many factors on the macroeconomic scale that impact trade and affect the nation on the whole. The conventional wisdom that insists “local is always better than foreign” has no place in the global economy.

Effects on Small Businesses and the Consumer

The first thing you have to consider is the consumer. In general, consumers will seek the lowest prices available for anything they buy. This is understandable, especially in an economic downturn. A retail business that's unable to supply buyers with products at an acceptable price point (in this case, because they only buy U.S. made products) is heading for a fall. There are niche markets that insist on buying U.S. made products because of superior quality, but these aren't be enough to sustain an ongoing macroeconomic concern.

As a drop shipper, you shouldn't feel that you're betraying your country by importing goods from China or anywhere else. Importing drives the economy in a number of ways, and it's difficult for most people to see this. Perhaps it'll help to remember that the orders you process will be transported by an American trucking company, and used by an American grateful for the low cost of the product, and helping you, as an American drop shipper, to stay in business and pay your taxes.

Rest assured that you can maintain a healthy level of patriotism and still import and export with impunity.

As the world becomes more integrated, traditional ways and means won't cut it any longer, and the businesses that adapt will survive. That's the beauty of expanding into global markets and the solution to all of your costly labor and manufacturing woes.

Have you been able to benefit from cheaper goods abroad? Or do you think you only ever get what you pay for? Let us know how you're interacting with the global economy in the comments.

Is Dropshipping Dead? No More Cheap Shipping from China

AliExpress Dropshipping: How to Dropship from China with No Money 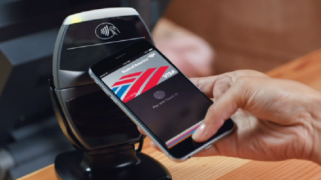